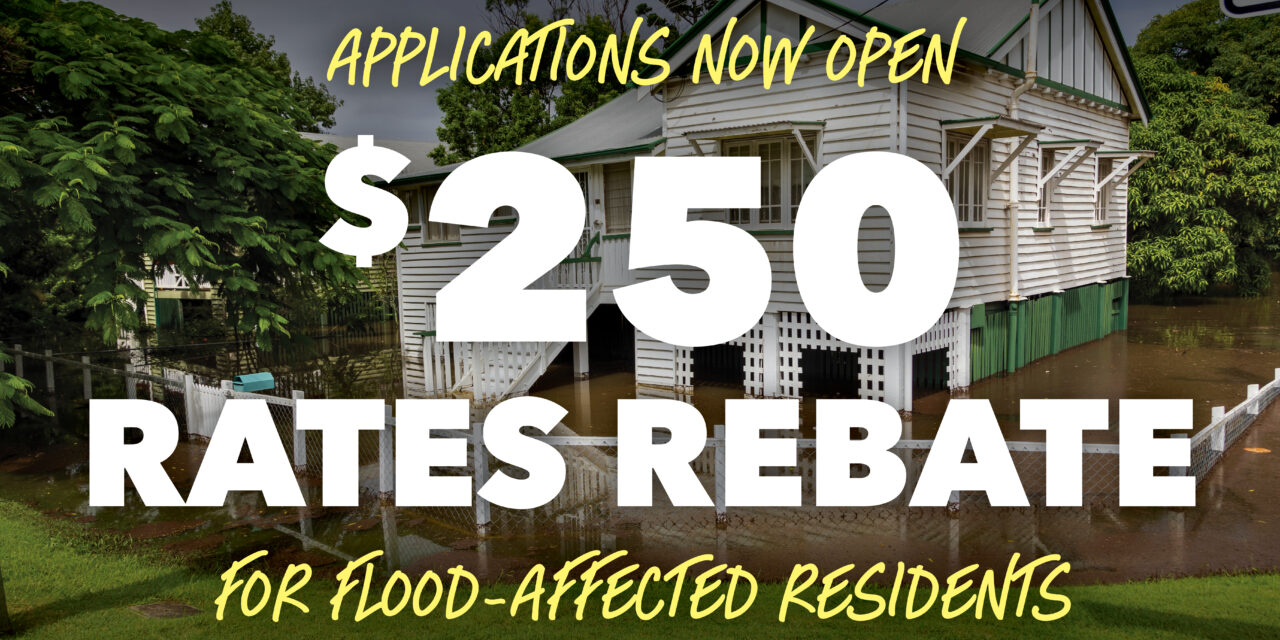 Thousands of flood-affected Brisbane residents and businesses are being urged to start applying for Council’s $250 rates rebate.

Lord Mayor Adrian Schrinner said applications for the special rates relief initiative – which is more than double what ratepayers received after the 2011 flood – were now open.

“While the clean-up is happening quickly, we recognise that the financial cost of this disaster is going to linger for some time.

“So we have stepped up with this significant relief package which will help out thousands of residents.”

Under the flood recovery package, households and businesses impacted by the floods will be eligible for a $250 rebate on their next rates.

To ensure impacted residents can receive the rebate on their next bill, the rates notices of 488,000 properties across Brisbane have been postponed a month.

A special 60-day additional due date extension for flood victims experiencing financial hardship has also been introduced, as well as access to payment plans.

The rebate will mean the average quarterly Brisbane rates bill for flood victims will fall from $433.15 to about $183.

Cr Schrinner said he expected up to 30,000 impacted properties will be eligible for the rebate and applications will be open until 15 June.

“We’ve postponed the next rates bill for a month which means bills won’t be arriving in mailboxes until at least the end of next month,” he said.

“This will ensure flood-affected residents can seek approval for a rebate before their next bill arrives.”

The property must be located in an area where flood water has encroached within the boundaries of the land or evidence (photos or insurance report) shows significant inundation or rainfall damage.

Eligible ratepayers can apply now online at www.brisbane.qld.gov.au or by phoning Council on (07) 3403 8888.